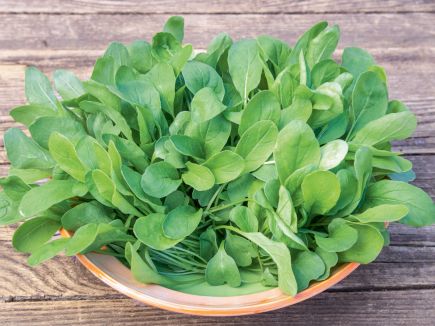 Very quick growing salad plant with a very short growing cycle (like radish). Can be grown outdoors or under glass. Very undemanding. For early and late planting dates, because of the quick development a good extension to the wild rocket. Specially good for a mixed salad. Milder in taste than the wild rocket. Also available as seed discs.

Direct sowing: greenhouse: end of January till March and end of August till mid of September

outdoors: March till end of August