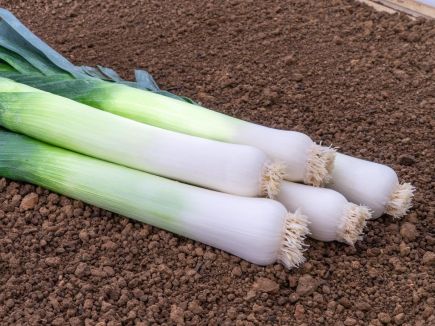 Sowing depth: 2-3 cmRaise in seed bed: early leeks: from mid of January for planting out in March

autumn leeks: February till March for planting out from May till June